Hey guys. I decided I want to discuss some things about the temples in the game. As you guys know, you go in, fight some monsters, beat the boss, and leave. But what exactly are the mysteries of these places? Here's an analysis: 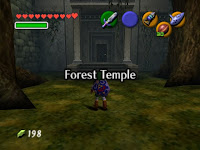 Forest Temple - For starters, I do not think this place even began as a temple or a place of worship. For those of you who beat the level, you would notice it looks more like a castle or mansion. There has obviously been some act that happened in this place that turned it to a temple. It is common opinion that the four poes in it have lived in the temple. Now, poes are "concentrated spirits of hatred", which means that these poes have done an evil act when human, and cursed the whole mansion. The creatures (or whatever lived in the Sacred Forest Meadow) have probably preserved it or simply stayed away from it and called it a temple.

Fire Temple - The Fire Temple is located in the crater of Death Mountain, therefore, not many people can access it. The game actually explains it pretty well, saying that it is the place where a Goron hero banished Volvagia with the Megaton Hammer. So it clear, this place can be called sacred by the Gorons since a historical battle occurred there. But what is the mystery behind the original design? I can say that it held some resemblance with a prison because of the many cells, so it is my theory that an ancient tribe (possibly Goron) used it as a prison. 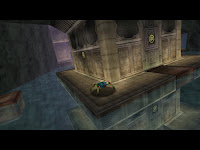 Water Temple - This temple was built to "worship the water spirits" according to Kaepora Gaebora, and the Zoras were the guardians. This explains a lot. It is most likely that the Zoras came to worship here, and almost no one else can access the temple supports this fact. So there is not much of a mystery here. But one thing that I hear (and see) many places is that the temple has many statues that resemble snakes. My theory: the  water spirits resemble snakes. Simple as that.

Shadow Temple - This temple is very mysterious and strikes up many conversations. The first question: why is called a temple? There are many explanations. This is a place where "gathers Hyrule's bloody history of greed and hatred". The Sheikah guarded this temple. My theory is that they banished all evil spirits into this temple, and Bongo-Bongo was the ultimate evil spirit. Another question is why is it designed the way it is? My theory is that this temple is where criminals were brought to be punished and executed in order to keep a peaceful Hyrule. The last question is: is the big statue of a raven a representation of a temple guardian? It could be. But I do not think so. The Sheikah have always guarded this temple. There is a simple explanation. Ravens represent fear and darkness.

Spirit Temple - This temple is also not as mysterious as the others, but does have some mystery. First, let's get something straight. It was built by the ancient Gerudo ancestors as a shrine, and then was used by Ganondorf as a hideout. I am not sure to who it was a shrine, but I think it was for the gods they worshiped. I also do not think the snake statue in it resembles a guardian of the temple, but all the statues resemble different gods they worshiped. The temple also holds lots of treasure, and all of the enemies and monsters inside must have been enchanted to defend it by Ganondorf and his minions.

So there are my theories of the temples in the game. My question today: how did Ganondorf get to the Great Deku Tree and manage to curse him? Email me your theories at the email in the first post or tell me them in the comment section below. Thanks for reading!
By Zelda Realm at 9:27 PM

Welcome to The Zelda Realm, where you can find anything Zelda-related, from the latest news to great theories!
Make sure to check us out on YouTube for more great walkthroughs and videos, or on Twitter for regular updates regarding the site.
If you have any questions or concerns, don't hesitate to contact us here, or read the FAQ or About Zelda Realm page. Enjoy your stay!